In Phyllis Vance’s (Vance Refrigeration) wise words of console to Dwight “Angela’s not really a risk-taker, and Andy’s not really a risk.”  Dwight had just received an invitation to Andy and Angela’s (now-date-set) wedding and he was not processing it well, considering he and Angela were also conjugating at the time…but let’s not get hung up on the details of a fictitious show.  Angela is not really a risk-taker, and while Angela is a cat-loving accountant, I do wonder what more of a life she could have lived had she taken some calculated risks.  Like admitting she had always loved the cat-killing Dwight and (spoiler alert) that she could have enjoyed married life with him for a lot longer than the last episode of the show, had she just taken some risks. 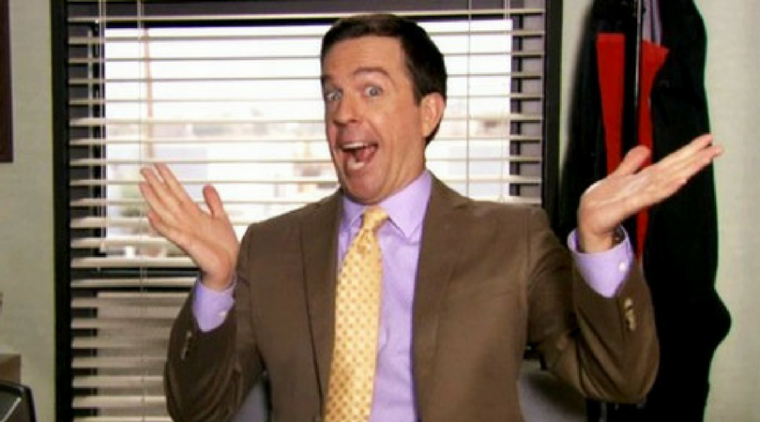 I’m frequently asked how I came to taking on the risk of opening a coffee shop and my answer has often changed, but somewhere in there is the telling of the foundation of risk taking.  People notice the business I am currently most noted for and automatically assume I solely saw an opportunity and jumped on it like you might see someone in the gym box jumping from the ground up to a 4 foot tall box.  This is not the case, and if you are fixing to start a business I’d recommend not jumping into a business where one assumes debt as part of getting the business open until they know they can handle the jump.

My first business was in high school.  I taught guitar lessons.  Ask any of my students (one is a subscriber) I taught lessons poorly.  As it turns out people don’t learn how to play guitar by being told “do it like this,” and then having the teacher play guitar without ever once explaining the mechanics or techniques or ANYTHING.  But, in that I learned the basics of paying rent for my little booth above a cafe, and collecting payments from customers, and communicating with people.  Laying a small, thin foundation.

Second business was a rental house.  This was a mistake.  Not only was their debt involved, but if the folks renting the house didn’t make the rent payment, I had to decide whether or not I would feed the dog or feed myself, and he was a rescue dog with a history and he would get hangry.  I learned several lessons in this one, people will tell you anything while they are signing a contract.  Renters will never miss a cable or cell phone bill, but every other bill, especially rent, is optional.  The higher you charge for rent the less work you have to do on maintenance issues (house doesn’t get abused as much) and the more on-time payments are made.  We eventually sold the house for a significant loss and I learned countless lessons from that too, which will be a later blog post I’m sure.

Third business was an insurance agency.  I learned a lot from this gig, but I’ll spell out two for right now.  The first lesson was how to deal with folks who are quite livid with you and somehow turn the conversation into a positive long-term customer relationship.  This has done wonders in my coffee world.  The second was that working in a job that doesn’t suit you isn’t worth it.  Life is way to short to hate what you do.

My fourth business is going to be Friday’s post (and it’s not coffee)….so you’ll need to subscribe.

Suffice to say previous small risks have added up in a calculated way to mitigate what may seem like a “risky” thing now, but is not incredibly risky considering the steps along the way.

You too can stair-step your way into being a risk-taker.  A great salesperson didn’t just wake up one day and become a sales genius, they took small risks at a drive-thru window finding out how to communicate with their voice and words how to better upsell muffins.

What’s one small risk you can take today so that you can look back on your life and say “I am a (calculated) risk taker”?

PS – to be fair to Andy, he must see himself as a risk because he sings “Take a chance on me” to Angela, but I guess how we perceive ourselves and how others perceive us aren’t usually the same thing.

One thought on “Andy’s not really a risk”