There are mixed reports on why we observe daylight savings time.  Farmers are supposed to be able to make more of their harvesting days because of more sunlight hours, retailers have more daytime to get more shoppers that apparently have a fear of shopping in the dark, and there are a few other culprits like energy efficiency but I say “bullpucky”.  It messes with my kids’ schedules. Inevitably I have employees get their schedules messed up and someone doesn’t show up on time (usually in the spring) or show up and clock in an hour earlier than they’re supposed to.  In Michigan especially it helps us see about 14 more dinners in daylight and then we are still eating in the dark.  According to “The Atlantic” it costs the airline industry $150 million in flight confusions.  So why do we still observe daylight savings time?  Because we aren’t willing to give up. 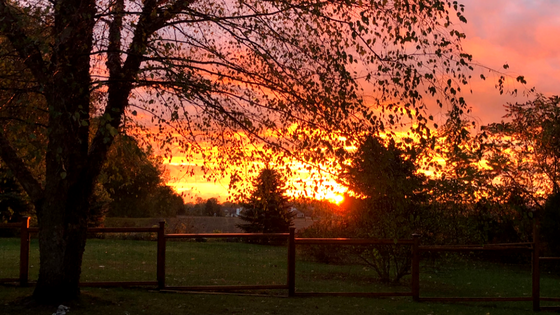 I believe the main reason daylight savings is still a thing is because it’s really tough to admit “we got this one wrong.” If our government were to come forward and say “we messed up on this whole daylight savings deal and so come this spring we aren’t going to be springing ahead, instead we are going to save the airline industry millions, save parents from schlugging tired kiddos to church or school, save employers from the headache of employees forgetting it is daylight savings, saving dairy farmers from having to mess with their cows’ milking schedule, and the thousands of other reasons we really shouldn’t have ever accepted a policy as ridiculous as this one in the first place.”  Of course a statement like that won’t happen from people supposed to represent all of us, because if they got this one wrong what else have they gotten wrong?

What about us?  We need to have our smartphone within an arms reach because it makes us more efficient and proficient and knowledgeable.  Studies show the exact opposite.  Facebook (which directed you here unless you’re a subscriber) is designed to get you to stay on the site for as long as possible.  Texting your boss, as informal form of communication as possible, at all hours of the day or night is a lot easier than trying what your gut thinks is a solution.  Checking your email for more junkmail is easier than looking someone in the eyes and having a real conversation.  We might forget to read that tweet we were just notified about when we safely get to where we are driving to, so we had better read it now while it’s in front of us, forget about the husbands, wives, children, grandparents, we are putting at risk so we can read a tweet.

Sometimes we just have to give up and say our “solution” is actually a problem.  You’ve got to give up to go up.

We’ve also got 6 months to get the right people to admit daylight savings is far more costly than it is beneficial, who wants to join in my crusade?  Comment below with how you think we can fix it!

2 thoughts on “I’m giving up daylight savings and so should you.”