Joseph did it all right.  He had a dream where he was going to be his 11 brothers’ boss and he did what any goal oriented person does: writes it down in blue ink, handwritten, and posts it in different places where one is reminded about the goal so he can keep his eyes on the prize.  His dad was so proud of him he bought him a colorful bathrobe, and homeboy told his brothers about his dream and they tossed him into a pit because of it. Not too much later they sold him into slavery, he became a six-pack ab’d slaveboy for Potiphar and eventually was running the place and Potiphar’s lady performed the first “oldest trick in the book” and got Joseph thrown into jail.  He goes from jail, to being forgotten after he played good-interpreter-bad-interpreter for the cook and the wine taster, and eventually remembered in his cell he was brought to Pharoah, provided wise council and eventually he was 2nd in command of Egypt, and lo and behold he was his brothers’ boss.  (Mark’s loose interpretation of Genesis 37-45) 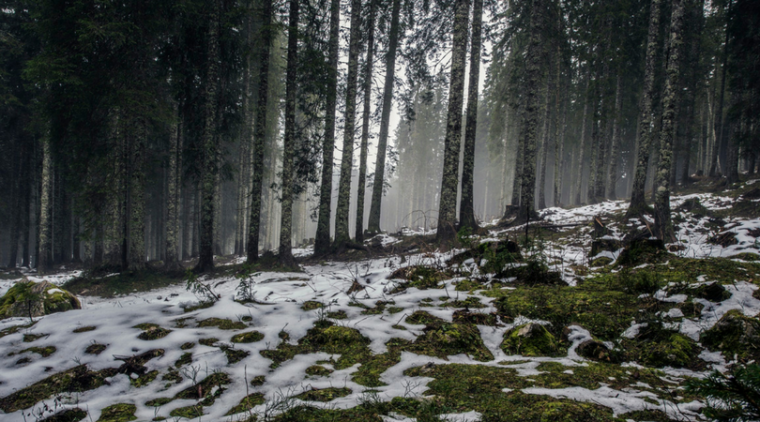 I eluded to it last week, in my five minute Friday post, sticky starts to gooey goals, that I have embarked on a plausible, yet stretchy, goal of traveling 2,500 miles by foot this year.  No sooner did I tell you all when I was stricken with the flu.  On Sunday we made it to church and I trekked from the nursery to the sanctuary (a pretty long distance, which I am grateful for on Sundays when I tend to log fewer miles anyway) when I immediately regretted telling myself I would be okay, because we turned back around, loaded the kiddos into the van and hightailed it home to get into bed.  .97 miles.  Bed-ridden Monday had me log an even shorter .64 miles, and I had to remind myself of what I had written last Friday.  Goals will often have sticky starts.  Knowing I was going to be feeling better Tuesday I was psyched to knock it out of the park in the steps game, and like a weeble, I may wobble, but I’m not staying down!  And then 1am Tuesday morning my bride is plagued with the same flu!  I found myself clawing out of the pit I was thrown into only to find out I’d been sold into the slavery of (the exact thing my wife does EVERYDAY) taking care of my four kiddos and puppy and if I have a chance maybe sneak in some rest because I was still quite winded.

My virtual mentor, Neil Kennedy, hosted a webinar on Monday night where he talked about how if your dream is from God the enemy will align to come against that very dream.  He explained how Joseph was a little foolish in his youthful exuberance to come prancing up to the breakfast nook and tell all his brothers that he was going to be their leader.  Another mentor of mine, Michael Hyatt, claims that a shared goal will be an unmet goal, and conversely an unshared goal will be a met goal.  He doesn’t mean to not share your goals at all, and suggests sharing them with people who will align with you, but broadcasting them for the world to see is unwise and actually demotivating.  That’s not to say someone came by and sprinkled the flu virus all over our house, but alas I found myself becoming the master of the house, enslaved by the flu.  Two of our four kids fell victim on Thursday morning, and the saga continued.

I began to realize that I could agonize over another few days of missing my goal and an inability to swiftly act and start doing laps around our sectional couch to get me to my daily distance needed, but rather I could stay busy blessing my family with the support it desperately needed and maybe this was the opportunity to get some steps in.  Sure enough, Wednesday I logged a delightful 7.69 mile day, along with 13 loads of laundry, and a few episodes of “comedians in cars getting coffee” to take away some of the monotony, and never once did I have to do a monotonous mile around the sectional couch.

This is the week gym attendance drops significantly.  Big Mac sales are back up.  Consumers forgot about their credit card bills they sort of paid last week, and they didn’t get their budget set up for 2018 so…eh, buy it anyway, I went to the gym twice so it’ll fit eventually.  It’s pit week.  You had a goal, and now you find you’ve been tossed into a pit.  Must not have been the goal that was really meant for you this year, or was it?

What kind of intro paragraph would there have been on this post if Joseph’s brothers had ended up leaving him in the pit, and Joseph didn’t have the tenacity to get out of the pit himself?  There’s a guy Joseph, he had a dream, but he died in a pit.

Jackie Robinson was great at baseball, baseball was segregated when Jackie played, some people said some racist stuff to Jackie and he got stuck in a racist pit, he never played for the Brooklyn Dodgers and you don’t know who he is.

Michael Jordan was cut from his varsity basketball team.  He decided basketball wasn’t for him, and went on to lose everything by way of gambling.

The remarkable people we celebrate today weren’t people who skirted through life with pitless goals.  They are the people who saw the pit as an opportunity to hone in on what they were trying to accomplish, and clawed their way out focused and ready to make the goal happen.